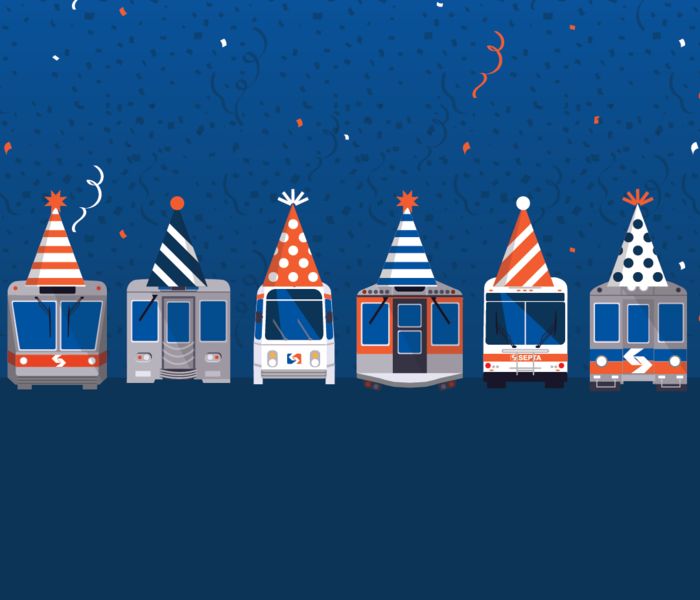 February 18 is a significant day for public transportation in the Delaware Valley. Fifty-six years ago today, SEPTA held its first organizational meeting - forming the beginnings of the transit system we all enjoy today.

In the late 1950's and early 1960's public transportation in the Philadelphia region was failing. A number of factors, including the growing popularity of the car, families and jobs moving to the suburbs, and too many private transit providers competing for the same riders, resulted in a steady decline in the use of mass transit.

With profits falling, nearly bankrupt transit and rail companies were looking to exit the passenger business altogether. The need for government intervention and the establishment of a permanent body to run urban mass transit and coordinate regional service was apparent.

The problem was solved when the Southeastern Pennsylvania Transportation Authority (now better known as SEPTA) was charged with the planning, development, and coordination of a regional transportation system for Philadelphia, Bucks, Chester, Delaware, and Montgomery Counties.

SEPTA was created by the Pennsylvania legislature on August 17, 1963, to coordinate government subsidies to various transit and railroad companies in southeastern Pennsylvania. It commenced on February 18, 1964.

By 1966, the Reading Company and Pennsylvania Railroad commuter railroad lines were operated under contract to SEPTA. On February 1, 1968, the Pennsylvania Railroad merged with the New York Central railroad to become Penn Central, only to file for bankruptcy on June 21, 1970. Penn Central continued to operate in bankruptcy until 1976, when Conrail took over its assets along with those of several other bankrupt railroads, including the Reading Company.

On January 30, 1970, SEPTA acquired the Philadelphia Suburban Transportation Company, also known as the Red Arrow Lines, which included the Philadelphia and Western Railroad (P&W) route now called the Norristown High Speed Line, the Media and Sharon Hill Lines (Routes 101 and 102) and several suburban bus routes in Delaware County. Today, this is the Victory Division, though it is sometimes referred to as the Red Arrow Division.

On March 1, 1976, SEPTA acquired the transit operations of Schuylkill Valley Lines, which is today the Frontier Division.

On January 1, 1983, SEPTA took over the commuter rail services formerly operated by Conrail under contract and reorganized them as Regional Rail. This division operates 13 lines serving more than 150 stations covering most of the five-county southeastern Pennsylvania region. It also runs trains to Wilmington and Newark, Delaware as well as Trenton and West Trenton, New Jersey.

As a result, we've evolved to become the nation's sixth largest public transportation system and one of only two agencies that operate bus, subway, trolley bus, and commuter rail all under one umbrella providing nearly 340 million rides each year!