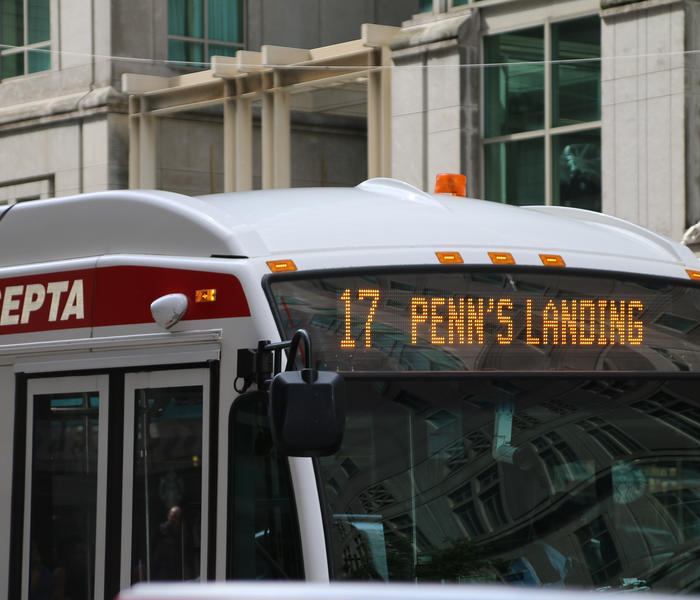 This week’s Route of the Week is the Route 17 bus, which takes riders from Penn’s Landing at Front & Market to South Philadelphia and NRG Station on the Broad Street Line. The Route 17 is one of our Night Owl buses’, meaning it runs 24 hours a day, 7 days a week. Want to know if a route is one of our Night Owl's like the 17? Just check the schedule to see if there is an owl image on the cover.

A Route 17 bus on Market Street

The 17 was a streetcar route up until December 1957 when buses took over this route.

The Route 17 route heads down Market Street, around City Hall and through Market East to its end point at Front & Market. This makes for easy connections to SEPTA Regional Rail via Suburban and Jefferson Station, as well as 2nd Street Station on the Market-Frankford Line.