New Ways to Look at Transit 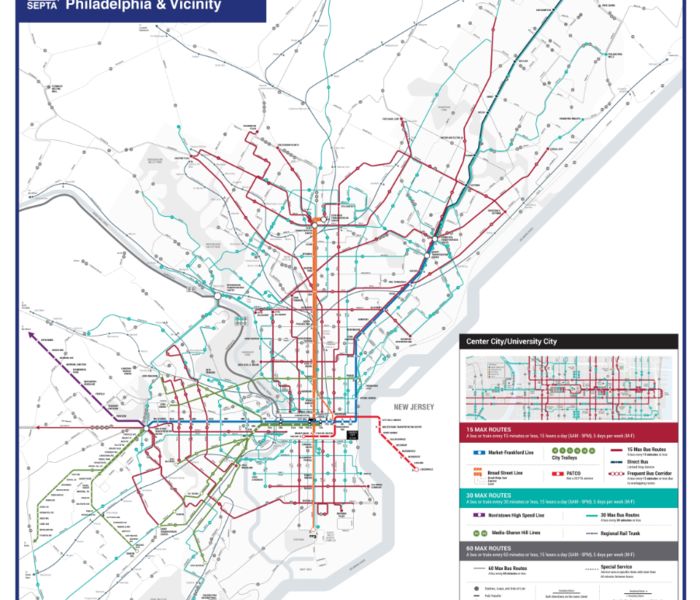 SEPTA is continuing to introduce new ways to communicate about our transit network and frequent transit routes.

New “headway grids” quickly show customers how often to expect a bus during different parts of the day – whether 15 minutes, 10 minutes, or even more frequent.

The project has been informed by substantial public outreach, through an online survey and in-person discussions with riders and stakeholders. SEPTA received 1,021 survey responses on its concept transit maps posted online in February.

The maps show SEPTA’s bus and rail transit routes together as a single network for the first time, with colors that correspond to their frequency of service so customers (you!) can use them to quickly and easily plan trips. Overall, the majority of respondents said the concept maps were easy to understand. SEPTA made changes to the map and the greater project in response to the feedback - including refining language, re-designing schedules for frequent routes, advertising frequent corridors, and printing and installing maps in stations.

We're getting ready to release this revised version of the frequency-based transit map in the coming weeks, and install them in stations and transportation centers.

For more information and to submit feedback visit www.septa.org/frequency.