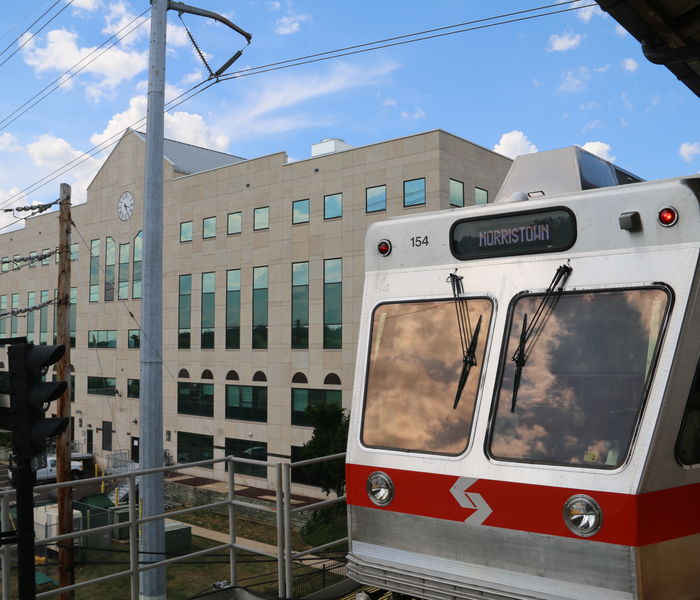 This week, we'll be taking a closer look at the Norristown High Speed Line. Within SEPTA, the NHSL is a unique blend of technologies. Originally powered by steam, it now stretches over 13 miles and 22 stops. Although it has high level platforms similar to many rapid transit systems, its frequent stops are no unlike a light rail system. Over the course of a typical weekday, the NHSL carries more than 10,000 commuters and travels 3,524 miles. The NHSL connects with numerous Colleges and Universities on the Main Line, including Villanova University, Haverford College, Rosemont College, and Bryn Mawr College. In fact, Stadium Station, located on Villanova's campus, will be reopening this Monday, 1/13! The NHSL is an easy alternative to riding SEPTA's Paoli/Thorndale Line to Center City. Instead of heading to a Regional Rail Station, look for the closest NHSL station to you on the map above. You can also find the latest schedule here. Once you have that figured out, just hop the NHSL to SEPTA's 69th Street Transportation Center, which is the end of the line. Then, follow the blue signs for SEPTA's Market-Frankford Line, your direct route into Center City!

You can also take the NHSL to Ardmore junction and then hop Bus Route 103 to Ardmore Music Hall this Saturday for the Ardmore Winter Beer Festival. Try any of 50 different craft brews and enjoy live music!