Not All Birds Fly South in the Winter 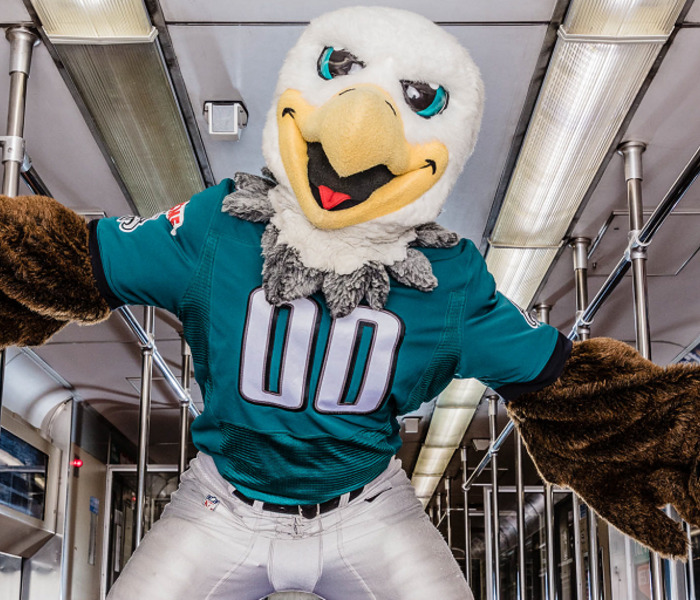 This Sunday - our Birds are headed north to Chicago to Soldier Field to battle the Chicago Bears in the NFL Wild Card Round!

If you are lucky enough to be making the trip to cheer on the Philadelphia Eagles, here's some info on Soldier Field and how to get there via public transportation.

Soldier Field was once known as one of the great venues during the "Golden Age of Sports" and one of Chicago's most famous landmarks. Crowds in excess of 100,000 were commonplace, marked by several memorable events including the 1926 Army-Navy game and the epic 1927 Jack Dempsey/Gene Tunney heavyweight rematch featuring the controversial "long count". In 1944, 150,000 spectators attended a wartime visit by President Franklin Roosevelt and thousands turned out to hear evangelist Billy Graham in 1962. Soldier Field is also the birthplace of the first Special Olympic Games in 1968. College and Professional football, rock concerts, festivals, rodeos, stock-car races, and even a skiing/toboggan event have called Soldier Field home. The largest crowd for any event in Soldier Field was 260,000 on Sept. 8, 1954, for the religious Marian Year Tribute. The Chicago Bears moved from Wrigley Field and began using the facility in 1971 and played their first game in the renovated Soldier Field on September 29, 2003.

The stadium is a few blocks east of the Roosevelt stops on the CTA Red, Orange and Green Lines (about a 15 minute walk or a short bus ride).

You can walk from the ‘L’ stops by heading east on Roosevelt Road from State Street until you cross Columbus. To your left will be a walkway that gently slopes down through the Museum Campus to a pedestrian underpass to get to the other side of Lake Shore Drive.  Then, turn right to head south past the Field Museum and on to Soldier Field.

You can also use CTA bus #128 Soldier Field Express, which serve Union Station and the Ogilvie Transportation Center (Metra). From downtown, you can use the #146 Inner Drive/Michigan Express, all of which connect with Red, Orange and Green Lines on Roosevelt. All of these bus routes stop in front of the stadium.

All in all, the ride takes about 35 minutes.

Metra riders require a ticket that can be bought using the Ventra® App, at any downtown station, some outlying stations or on the train (If agent or ticket vending machine is available at the station where you boarded and you purchase ticket on train there is a $5 surcharge.

CTA, Pace, and Metra all accept cash payment (exact change is required on CTA and Pace).