Top of Page Skip to Content
Art In Transit

Bach in the Subways Returns to Philadelphia 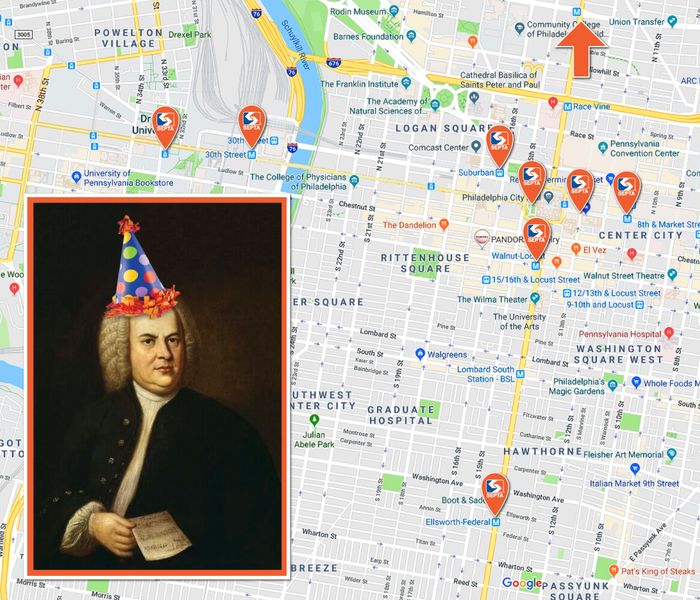 The timeless music of Johann Sebastian Bach will once again be heard all throughout SEPTA's stations this week. In celebration of Bach's 334th birthday, Bach in the Subways returns to Philadelphia from 3/21-3/24. The worldwide event, founded in 2011 by cellist Dale Henderson, spans across forty countries, with performances from thousands of musicians every year.

This year, there will be performances at Suburban Station, Jefferson Station, and subway stations all across the city (the full schedule can be found below). This includes performances from members of the Philadelphia Orchestra and the Philly Pops, as well as other musician, both professional and amateur.

So plan some extra time into your commute this week!

Let us know in the comments below if you were able to catch a performance!