Bike to Work (and Wherever)! 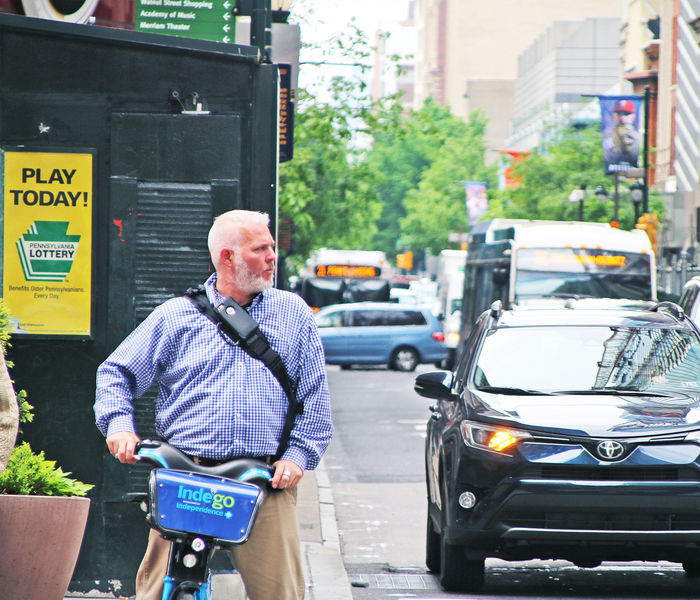 Take the pledge! This Friday, 5/17 is Philadelphia's 24th Bike to Work and Wherever Day. Hosted by the Bicycle Coalition of Greater Philadelphia, this annual event encourages commuters to switch up their normal routine and hop on their bikes to get to work or at least part way to work.

The Bicycle Coalition is hosting two Energizer Stations during the event, at Penn Museum (33rd and South Streets) and The Rail Park (entrance on Broad & Noble Streets). Ride through for a free morning yoga class, coffee, cookies, on-the-bike snacks, swag, bike checkups, e-scooter demos, and more! Later in the morning at their press conference at Philadelphia City Hall, the Bicycle Coalition will present their "Bike-Phriendly Business" award(s) to local companies and organizations that have made bicycling a priority in their workplace; that winner gets a $200 gift certificate toward a new bike rack from their sponsor Dero! SEPTA will be joining the University of Pennsylvania, Ride Indego, and more at the Penn Museum Energizer Station. Stop by our table for information, exciting new giveaways, and any questions you may have about bringing your bike on SEPTA.

In fact, did you know all of SEPTA’s buses and trackless trolleys are equipped with bike racks? SEPTA now celebrates having nearly 900 bike racks at stations throughout the Regional Rail system, the Market-Frankford and Broad Street Lines, as well as, along the Norristown High Speed Line and the Media-Sharon Hill Line. Take the pledge to Bike to Work or Wherever here! And a bonus (as if you needed a bonus to cutting down your carbon footprint, saving money, and saving the planet): they'll send you discounts to redeem at local coffee and ice cream shops.