Your Key to Discounted Tickets at the Mann 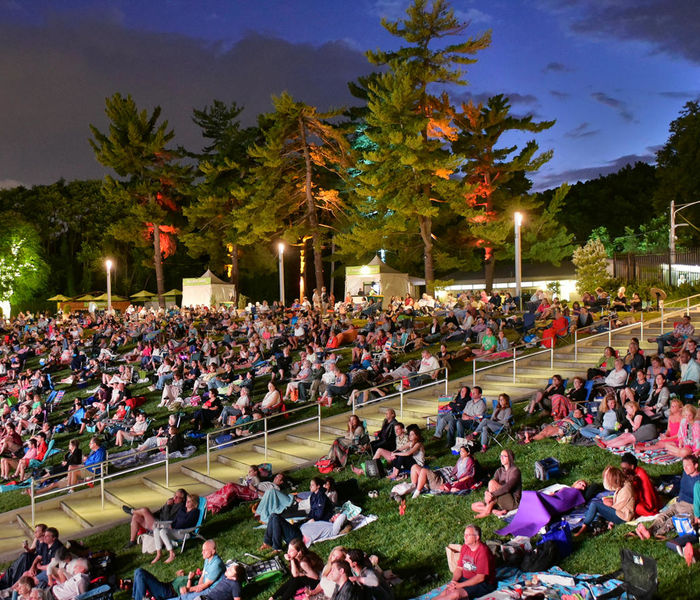 For the past 43 years, the Mann has been a staple of the music scene in Philadelphia. Its iconic lawn and view of the skyline set it apart from other venues in the area, but the acts they bring in are just as impressive. From the Philadelphia Orchestra to Diana Ross to Selena Gomez, the summers at the Mann are always something to behold.

For as long as we can remember, SEPTA has run a special service loop to the Mann, and this year, we've teamed up with the Mann to offer a Perk of $5 discounts to all SEPTA Key cardholders for certain Philadelphia Orchestra concerts. On Tuesday, 7/16, you can see the Orchestra perform Hector Berlioz’s Symphonie fantastique, which tells the story of an artist who falls in love with a woman the first time he sees her.

Two days later, on Thursday, 7/18, the Orchestra will be playing some of your favorite show tunes. They will be performing songs from Phantom of the Opera, Cats, Little Shop of Horrors, The Lion King, and much more.

The next week on Tuesday, 7/23, the music of Rachmaninoff will be played through the park once again. Rachmaninoff himself had performed with the Philadelphia Orchestra and his only recording of him as a conductor was with the Orchestra, so the history between him and the city is strong. This will be a performance to remember.

The day after that, on Wednesday 7/24, the Orchestra will celebrate the 50th anniversary of the Moon landing by playing popular classic favorites from television and movies, like the score from 2001: A Space Odyssey and E.T. The Extra-Terrestrial.

All of these performances are part of the Mann’s Summer Picnic Series, so feel free to bring dinner with you as you sit on the lawn, taking in the music and the sights. Information on what you can bring on picnic nights can be found here.

To get these discounts, all you have to do is use the promo code MANNLOOP when you purchase your tickets on their website. But hurry! This Perk is only good until 7/11.

And your night can begin and end with SEPTA! Take the Mann Loop from Center City to right out front the Mann, and then back again at the conclusion of the concert. You can read all about it here.