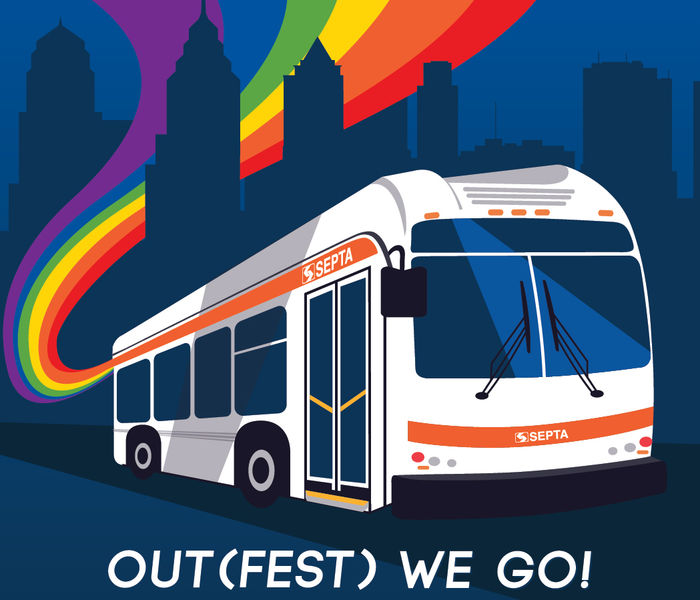 OutFest, the largest National Coming Out Day event in the world, is this Sunday, 10/13! The block party celebrates the city’s LGBTQ+ history and community, consisting of drag shows, games, bar crawls, music and shopping. Taking over 10 square blocks in the Gayborhood, OutFest runs from 12n to 7p!

This year, there will be over 180+ vendors lining the streets of the Gayborhood - and SEPTA will be one of them! Stop by our table for one of these limited edition tote bags, pins, stickers, or all of three! Going? Leave the car in park and the driving to SEPTA! Ride the Market-Frankford Line to 13th Street, Broad Street Line to Walnut-Locust, Trolley Routes to 13th Street, and any Regional Rail Line to Jefferson Station. There are also several Bus Routes that serve the Gayborhood including Routes 9, 12, 21, 23, 42, and 45, but make sure to check for detours before you go! Plan your trip here!