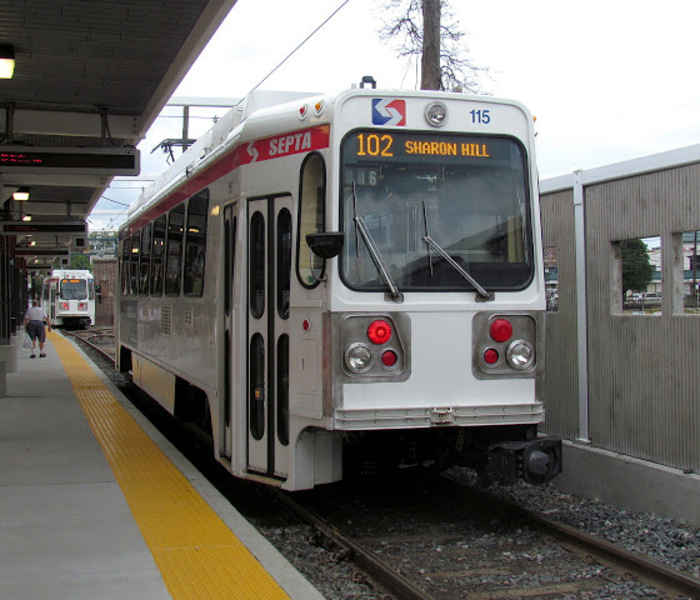 This week we are exploring one of SEPTA’s Suburban Trolley Routes, the Route 102. SEPTA’s Route 102 travels between 69th Street Transportation Center and Sharon Hill. This 5.3 mile trolley route shares tracks with the Route 101 through Drexel Hill Junction and then splits off to begin its own route to Sharon Hill.

The Route 102, or Sharon Hill Line, was originally built by the Philadelphia and West Chester Traction Company in March of 1906 and is one of the remaining Red Arrow Trolley Routes. The Route 102 uses Kawasaki Heavy Industry Rolling Stock Company K cars; similar to the one’s used on the Subway-Surface Trolleys.  However, the 102 Trolley cars are double-ended and use pantograph instead of trolley poles.

Thanks for reading all about SEPTA's Route 102. Leave a comment below and let us know where the Route 102 has taken you!