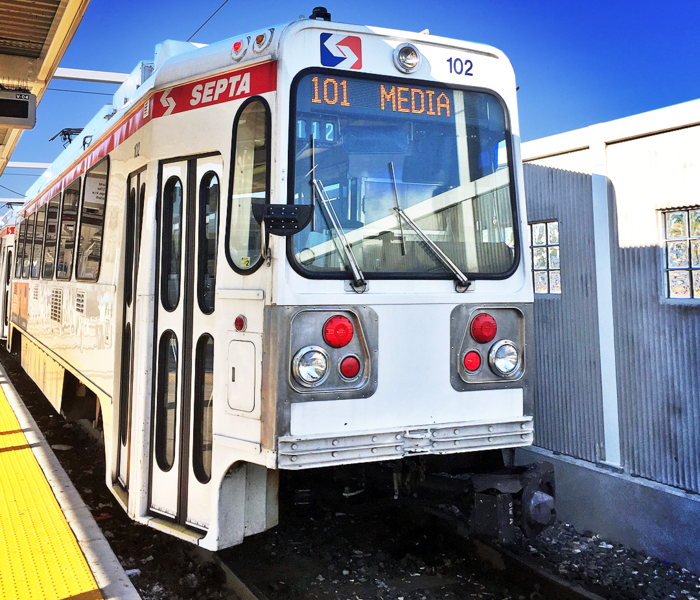 This week we are exploring one of SEPTA’s Suburban Trolley Routes, the Route 101. Route 101 travels between 69th Street Transportation Center and downtown Media. This 5.3 mile trolley route shares tracks with the Route 102 through Drexel Hill Junction and then splits off to begin its own route to Media. 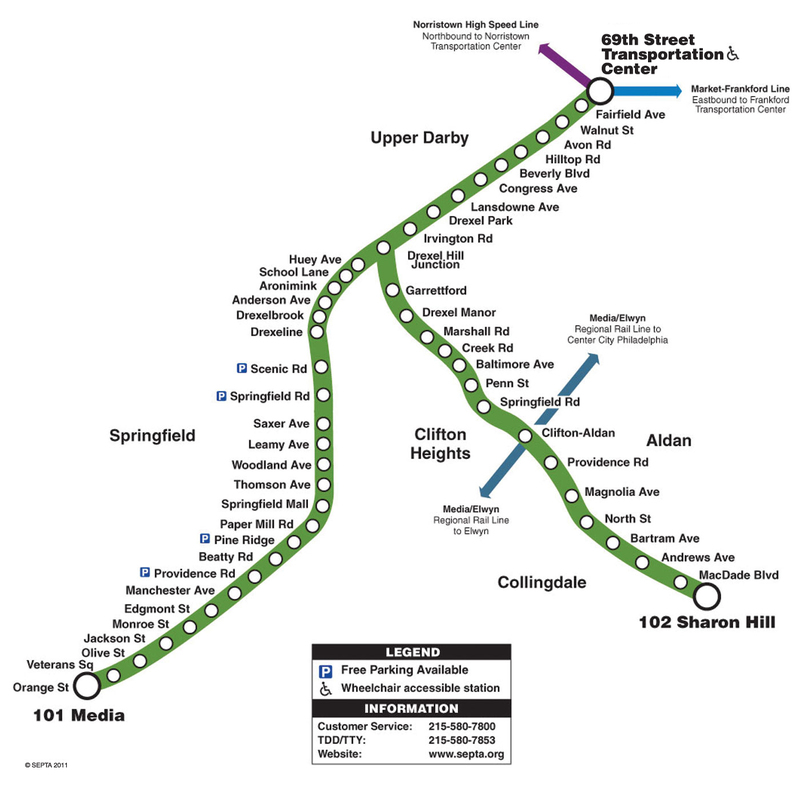 On a typical weekday, the Route 101 travels 1,204 miles and carries 4,235 people. This busy route connects with the Market-Frankford Line, the Norristown High Speed Line, and 18 different bus routes at 69th Street Transportation Center. It also connects with three other SEPTA bus routes at the Springfield Mall, one of Delaware County’s premier shopping destinations.

The Route 101's Monroe Street Station is steps away from The Media Theatre, one of the regions most popular venues for live theater. And you've got Perks there! Receive $10 off a full-priced Adult or Senior ticket to select shows at The Media Theatre when you present your valid SEPTA TrailPass, TransPass, One Day Independence Pass, SEPTA Key Card or valid SEPTA Employee ID.

The Route 101, or Media Line, was originally built by the Philadelphia and West Chester Traction Company in March of 1913 and is one of the remaining Red Arrow Trolley Routes. The Route 101 uses Kawasaki Heavy Industry Rolling Stock Company K cars; similar to the one’s used on the Subway-Surface Trolleys.  However, the 101 Trolley cars are double-ended and use pantograph instead of trolley poles. 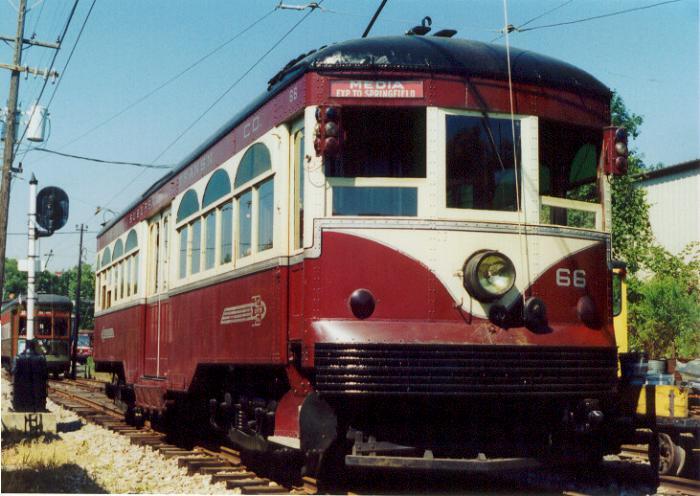 Thanks for reading all about the Route 101! Leave a comment below and let us know where the Route 101 has taken you!